Whut I Done on my Summer Vacation Part 2


I'm back with the second part o' my trip!


After a good night's sleep in the fancy hotel, me an' mom hit the road an' headed south tuh Oklahomer!

I napped fer whut seemed like two minutes an' when I opened my eyes we was at Kelly an' Pearl's house! 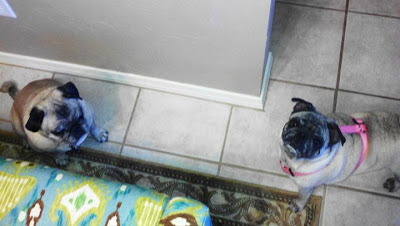 Now she's a nice enough gal but Miss Kelly says she's "socially awkward". I don't know whut that means, but all I know is she kept whimperin' an' whinin' an' followin' me around an' stickin' her nose in my whatnot!!!

Here's Miss Kelly tryin' tuh calm the ol' gal down. Me, I dint care. I was just hopin' Pearl's dad would share his popcorn with me. (Which he DID! WINGO!) 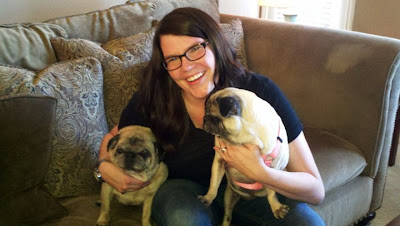 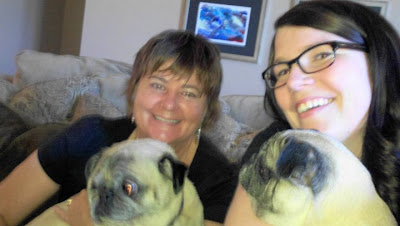 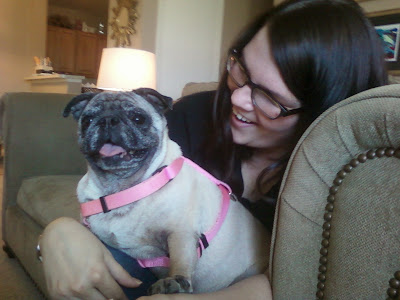 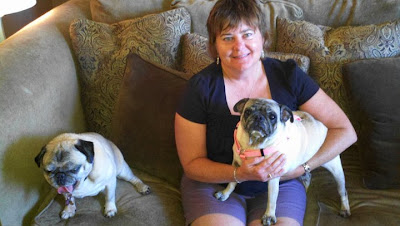 Now don't git me wrong......I love Miss Kelly an' Pearl but this hen house was gittin' tuh me after a while - all that squawkin' an' laughin' an' carryin' on. I reminded mom we had somebuddy else tuh visit, so we hit the road an' headed north tuh Tulsa...... 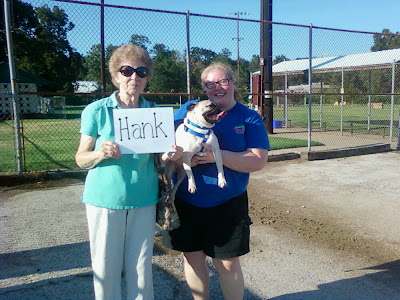 Boy, was I glad tuh git back in some guy company (no offense, Kelly an' Pearl). We met Arlo an' Penni an' Penni's grammaw at the Joe Station Bark Park. 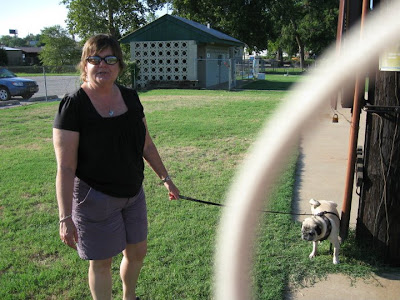 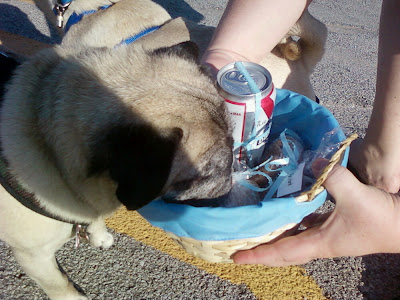 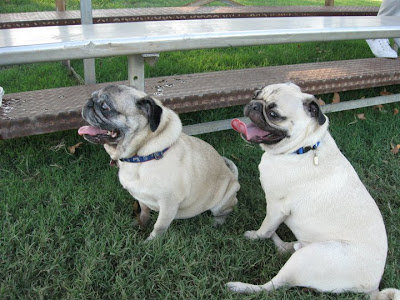 Me an' Arlo took a break from jawjackin' tuh git a pitcher with our moms. 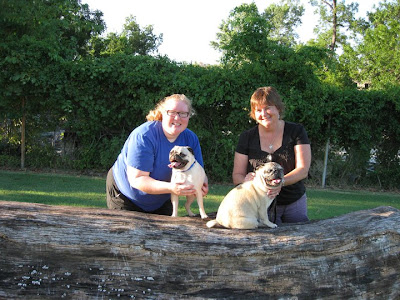 Thanks fer the warm welcome, Arlo an' Miss Penny! Perty soon, the sun started tuh set, so we hit the road tuh git back to our fancy hotel in Missouri.


The next mornin' we was headed back up tuh Indy when mom spotted signs fer "Meremec Caverns" in Sullivan, Missouri. (Word has it that Jesse James hid out in them caverns!) 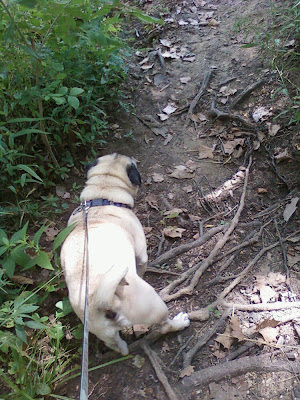 GAWD, that river water felt good on my hooves! 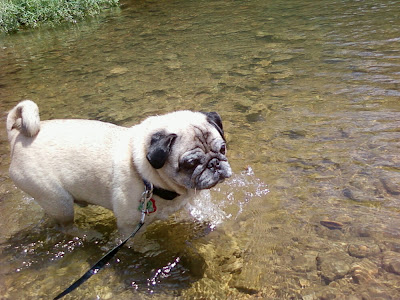 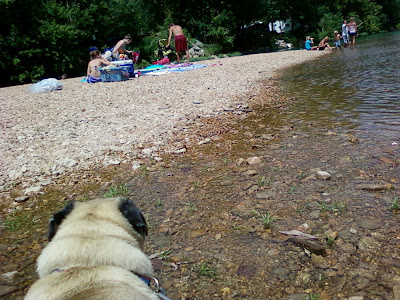 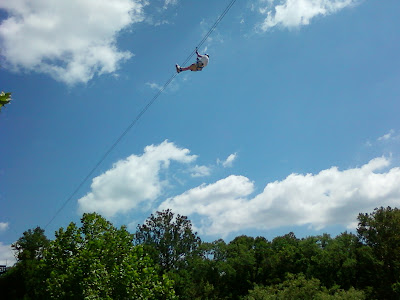 We coulda spent the whole day on that riverbank, but I had tuh git back tuh the car. I had a ice-cold PBR with my name on it! (Thanks again, Penni, honey!) 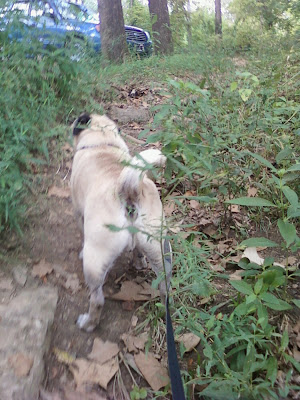 Now no trip tuh Missouri is complete without a stop at the Purina Farms in Gray Summit, MO! 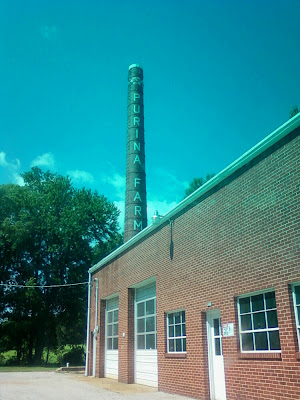 Look at that spread o' land! And that ain't even HALF of it! 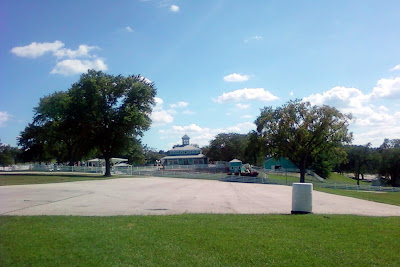 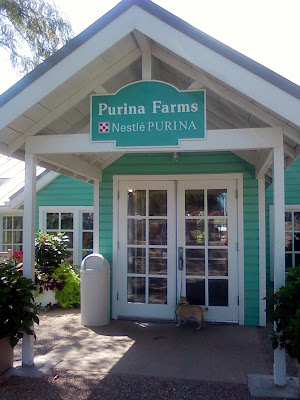 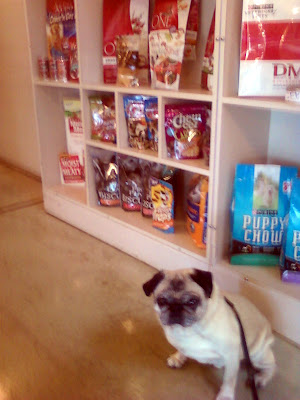 So after we made tracks on the farm an' watched a dog agility show (whutever THAT is), mom put the pedal tuh the metal an' dint stop (well, 'cept tuh take a wizz) 'til we got back tuh Indy.....an' it was pert near MIDNIGHT.


Now I wanna finish up here by sayin' whut a HOT DANG time we had seein' our friends an' explorin'. It was the best trip o' my life I tell ya what. I'm gonna leave you with a pitcher o' me an' the one I love.....the BEST travelin' partner a guy could ass fer. 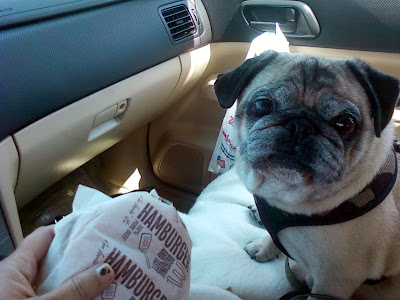 Kinda brings a tear to yer eye, don't it?

you lucky ..spoiled...doggy. What an awesome adventure..
Benny & Lily

Hank buddy, what a great trip you had! We need to have a sit down with mom & dad and see if we can't take a trip like that to visit our furiends!

Wow, Hank! That is an awesome second half of a great road trip. I've never been to Purina Farms. My mom is slackin' again!
Love,
Payton

Wow Hanky, it looks like you had a FABULOUS adventure! We're SO JEALOUS that you got to meet Pearly and Arlo in pugson!!!!

We hope you were careful with that PBR in the car. Mom says that kind of jackassery could land you in the pokey!

HAHAHA....the best travelin buddy you could 'ass' fer is a McHammyBurger!!!! LOLLLLLL!!! I have to agree with you....those moms are either wayyyy too chatty Cathy or trying to sing with the radio.

Glad you're back safe dude!

Hi Hanky
Your "on the road again"!!
Way to go that you and your ma got to go see Pealy and Arlo! I am soooo jealous!
At least you got some man talk with Pearlys dad-when he shared the pop corn with you,, a good man he is.
And to visit Purina Farms,, you really did see the world!
Now I want you to plan to come see me!
You and your adventures crack my moms up.. like medicine for the soul!
love
tweedles

Wowza, that was one serious road trip! Thanks for stopping by our bloggy. Mom's been pretty lame for, well the past 8 months. Some BS about a weddin'.......she has been reading us some blogs, but sheesh, she'd better get her but in gear! See ya soon,
Gen & the Foo

What a great trip you had Hank!! I am so jealous!! I hope I get to road trip and meet bloggers some day too!! And I need to get me one of those hamburger things!!!

Hank, We were so glad we got to meet you! It was a fun day! Glad to hear that the rest of your vacation was fun! Hope you're having a good week! Love, Arlo.

We are so jealous! It's hard traveling with three pugs, one who gets tired easy and has to be in a stroller! We never go anywhere cool like a farm. We are hoping to meet up with some Indy folks in December on our way back from Nebraska. Brrrrr.

Hola Hanky Guapo!!!
Ohhh my what a Great Trip!!!And you met PearlyPoo and Arlis Double the Fun!! We are convinced we need to visit you!! Your Mamma is way COOL!!!! We wish we lived closer La Mamma say you live to far away to go on a Car trip,we will find a way!!!
Hugs and Bechos
Spongy & Licky

well I tell ya... that last pic definitely brought a tear to my eye..... yup my eyes was droolling over that hamburger, along with my mouth!

What a cool adventure you had. I would luv to try that zip line thingy sometime... we have them here and boy that looked like funs.

That pearl is a real rebel I tell yah. I hear she can be trouble than again most girls are, aren't they! BOL

Good thing you got some bonding time in with Arlo.

That was one awesome road trip. All the yummy food friends, walks, and exploring.

Wow, Hank - that was a busy trip after you left us! We're glad you didn't have to stay at the hen house too long. We know you are really a guy's guy. I mean, it was obvious how much fun you had with me and Colonel Vinny after we annoyed you in to submission.

I'm gonna have to tell Mom to take us to that river and that Purina Farms place. We never get to do ANYTHING fun!

Also ordering up one of those Hamburgers right away. Best traveling companion is right!

Hank, sounds like you had a wonderful trip! I'll tell ya what, I totally enjoyed the pics and seeing your happy face! (and you got a PBR, too!)

Hank you had quite the adventure! Arlo and Pearl and jesse caves and oh our fav eating hamburgers in the car! Hope you are getting some relaxing naps in now that you are back home.

Hanklin, you are a superstar! I've heard that my twinner can be quite a yapper but I love her anyway. It's so cool that you got to meet her and her lovely momma.

And you met Arlo, too? Wow dude, I don't know what to say. I need to take a road trip asap!

Holy cow Hank! What a trip! You and your mom are such globetrotters! Your visits looked fun, it was cool to see where Jesse James ziplined but the best part was visiting Purina!!!! You were in Kibble Kingdom! We don't think we'd ever want to leave.

Whew, but you must be pooped after all that. We think it's time for a beer.

hi hank!
oh my gosh!
what a fabulous road trip you had!
archie and i so wish we were in your suitcase!
we love that you got to hug so many friends and see so many places!
we love you!
a & m

I had SO much fun meeting you, my sweets! There's lots more where that yappin' came from! Let's go out on a date!!

What a fun trip you had! Glad you got to meet up with
Pearl and Arlo. Daisy and I hope you have a relaxing
Labor Day weekend!